How To Avoid Causing A Second Water Damage

As water damage professionals, we make a living off of the fact that plumbing stuff breaks, plumbing fixtures leak, plumbing connections fail. So, we’re used to that. The problem is when we’re in those jobs, we’re also often having to disconnect and reconnect water connections. And sometimes, if you’ve been doing this long enough, you know that sometimes you’re going to be the cause of a water damage because you hook something back up and it looked like it was fine, but now it’s leaked.

I want to show you some of the most common exposure, some of the areas where you could potentially be doing some damage. You have to take a vanity out, for example, or you have to move a refrigerator or a washing machine. And as you do, you go back and you hook it back up and it looked good, but then it leaks. So I’m going to show you those. And I’m going to teach you some preventative measures. So that you’re not the cause of the next water damage on your water damages. 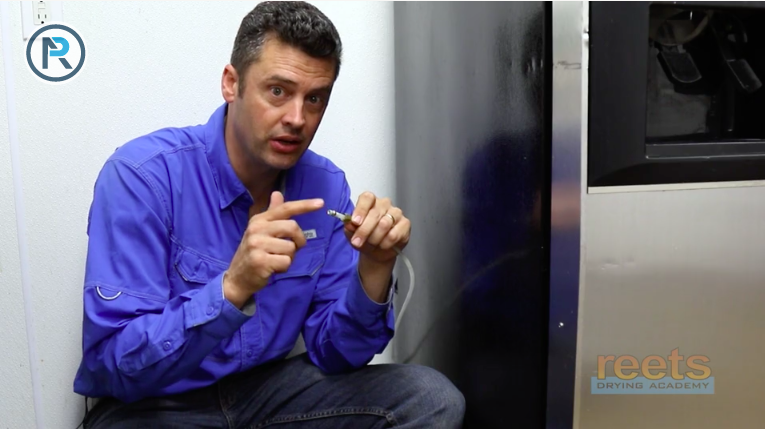 The ice maker line seems pretty simple, but this little rascal right here will cost you some money because it seems so simple.

You disconnect the ice maker line, you move the refrigerator out, you just kind of put it back. And to be nice and helpful, you hook that back up, you screw it back in.

Well, that thing right there then leaks while you’re gone, and you come back and you’re now buying somebody’s floor, maybe even down into the basement, whatever.

This little fellow right here is one of your biggest problems. Even this one I was looking at it. The little ferrule is crooked. So, you hook this back up, it’s probably not going to leak while you’re watching it, but it’s going to get you.

So this is a one time use thing. Never, never re-hook this thing back up because it will leak after you leave and you will be spending a lot of money. Ice maker line, leave it alone. 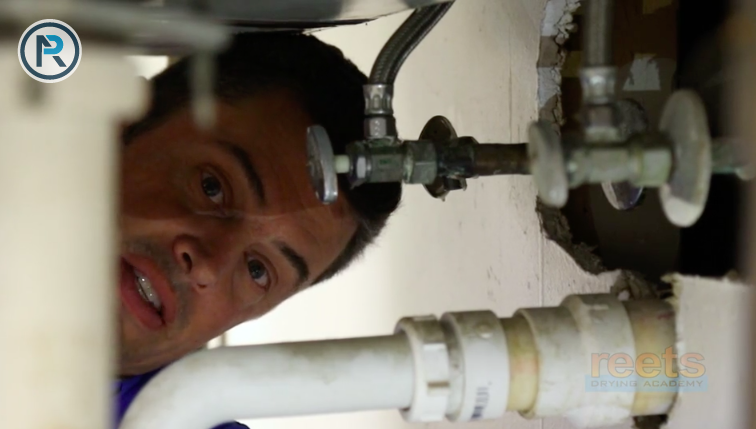 Another little fellow you’re going to be messing with a lot are sink supply lines.

You disconnect these and again, they got the shut off but you have two potential problems here. The shut off may not actually shut off. And this connection could be gasketed or it could be a compression fitting. Either one of those could be a potential leak when you take it apart and then try to reattach it.

Here’s the other crazy part, if this doesn’t shut off completely. And it leaks, you may or may not be able to fix the leak by putting the hose back on. So it’s nice to have a few little compression fitting caps to go over the top of these valve stops just in case, it leaks. 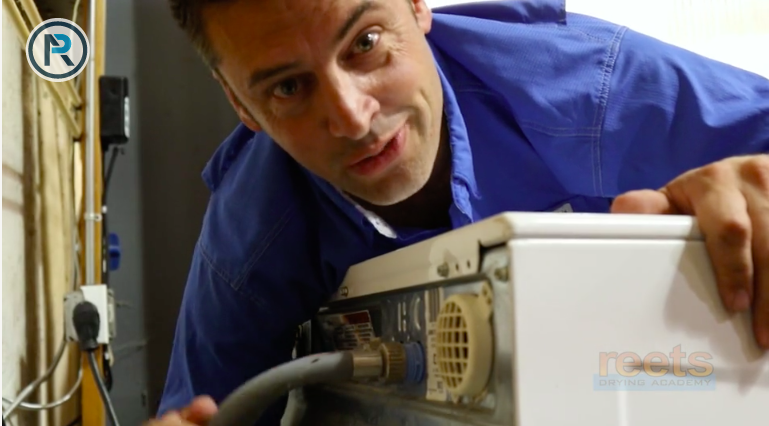 And oh, don’t we love a washing machine hose? Five gallons a minute when these babies break. We’ve made a lot of money off of them.

But, a lot of times you’re trying to move this washing machine and you disconnect this line, which has a washer and it probably been there for the last 10 years. It’s dried out. You go to put it back on. And it leaks while you’re gone.

Now, this little hose that has been your favorite for so long, is now your enemy because it’s leaking, because YOU touched it to move THIS washing machine.

So just be aware that that gasket could leak. Just have a few of those washing machine hose gaskets in your truck and just replace it when you disconnect it and hook it back up, put a new gasket in there and boom! It’s not going to leak if you tighten it up. 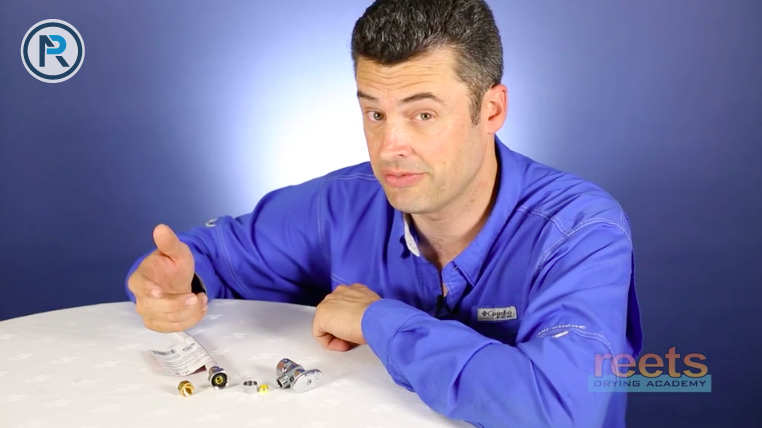 More Things To Be Aware Of

I feel like I’m an incredibly small child at a very tall table at the moment, but it actually gets my face down nice and close to these things.

So what we start off with is an angle stop and you’re going to be working with these a lot. And again, this is a brand new. And so great. Yeah, it’s a quarter turn deal and it shuts off, turns on. Boom it’s done. But when these things get corroded, they don’t always shut off. 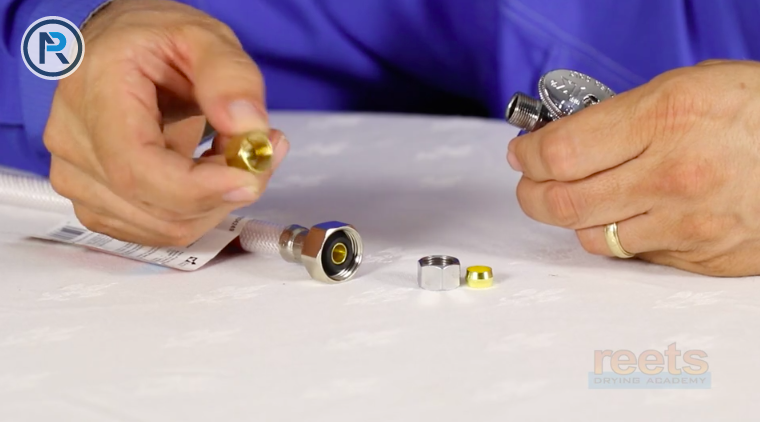 So, it’s really nice to have (and you’ll have these again, sinks, toilets, that type of thing, even ice maker lines. Very similar.) But it’s nice to have these little caps.

And if you have the little brass cap, these are just, you know, less than $1 at the hardware store. And that does not shut off all the way?  You just take and thread that little guy back on there. And of course, I can’t do it right now, but it really does work. So you put that on there and seal it up, tighten it up and boom!  You prevent a leak.

And I think it’s a good idea to do this any time you’re going to be using angle stops or you’ll be shutting off angle stops and not reattaching something and it’s an older angle stop. Those can drip and make a big mess.

But what normally hooks to this angle stop is also important. So, you’ve got two different types of fittings that will go in there mainly.

One is this gasketed fitting, which is what you’re going to see normally. You see this little rubber gasket in here. And it looks like that gasket would be easy to just take off, put back on, no problem, no leaks, right? The problem is, and it does come off very easy, does go back on very easy, but the problem is that’ll start getting almost brittle, and it doesn’t conform again, back to the angle stop. So it gets turned a little bit, gets put back in a little different position, and when you tighten it back up, you think you’ve got a good seal there. But because that seal is hardened it’s not going to conform to the fitting that you put it back into. It’s very likely going to leak.

Best thing to do is replace it every single time. It’s a one time use deal. I mean, obviously, if you hooked it up recently and it’s a brand new line, it’s still going to be pliable.

Another type of fitting is this compression fitting. And so you might see this hooked to a plastic or some sort of a plastic supply line that this slides over or even brass or copper line is what it could go over. And that is real soft. So as it goes over the pipe and goes into that and you thread this onto the angle stop and it gets on very tight, it compresses that, it’s a compression fitting and it conforms to the inside of this fitting.

Well, it only works one time. So once you’ve put it in there and compressed it, now that little guy right there has to be replaced.

And most often you’re not going to do that. So just understand, don’t just disconnect this, re-hook it back up and think that you’ve got a good fitting. That’s a great opportunity for a leak.

So, watch out for these guys.  Again, best thing to do, just keep a few of these on truck. Cap them off,  no problem.

So just to follow up and kind of circle back around on all of these things, as a water damage professional, you’re there to clean up water damages not create them.

And when you do create them, the whole project goes bad. It’s costly from a customer service standpoint, reputation standpoint, and of course, obviously money. So, you don’t want to do that.

If You’re Ever In Doubt

If you’re ever in doubt about whether or not you can take apart a fitting and put it back together, even if it’s temporarily and you doubt whether it will leak it. Probably better leave it alone and call in a plumber if it’s really old and you’re like, “Wow, I don’t really know if this should be taken apart…” Again, might want to get a professional on it. There’s a little cost on the front end, you can charge that out as necessary. Just get pictures of it, show why you the gesture, why you weren’t willing to take that apart and show them the risk. And usually that’s going to be that’s going to fly.

But you’re on your own if you just take that on yourself and go, it’ll probably be fine. Yeah, it probably will be 99 times out of 100 but that one time that isn’t pays dividends on all of the ones that you got right.

So best thing to do is when in doubt, have a professional come in. Otherwise, always make sure that as you check things, you feel comfortable disconnecting and reconnecting or temporarily shutting off these fixtures. Check them for leaks, leave the area, go do something else, come back five minutes later. And just check it.

Is there any moisture on that valve stop anywhere or the connection that you just put together? Is there any leaks? Go leave again. Come back 15 minutes later and check it again.

If it’s not completely dry, it’s leaking and you’ve got a problem. Shut the water off, cap it, whatever you need to do so that you don’t leave and have a big mess. And you go from being a water damage hero to be in the water damage zero.

This video is just a portion of our online water damage restoration training program, Reets TV.

Want a free trial? Get one HERE

3 Tips to Get Good Reviews From Upset Clients

Positive Feedback Tips There are times when your water restoration jobs end up receiving negative feedback from a customer, even when you have followed the proper procedures to dry out or clean the structure and 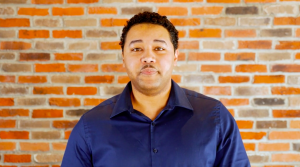 X1 vs Xactimate 28: What are the differences?

We wanted to remind you that Xactimate is ending support for Xactimate 28 on July 31st. They’re also ending the life of Xactimate 28 on December 1st. So maybe you’re thinking of making the move 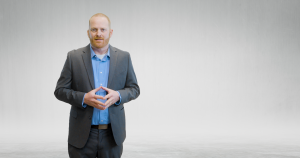 It’s here! The Reets Safety and Health Management System, designed to make OSHA-compliance as easy as possible for all restoration and cleaning professionals!  This robust management system comes with over 30 high quality safety training